One of the best electric skateboards: Inboard M1 vs Boosted Plus 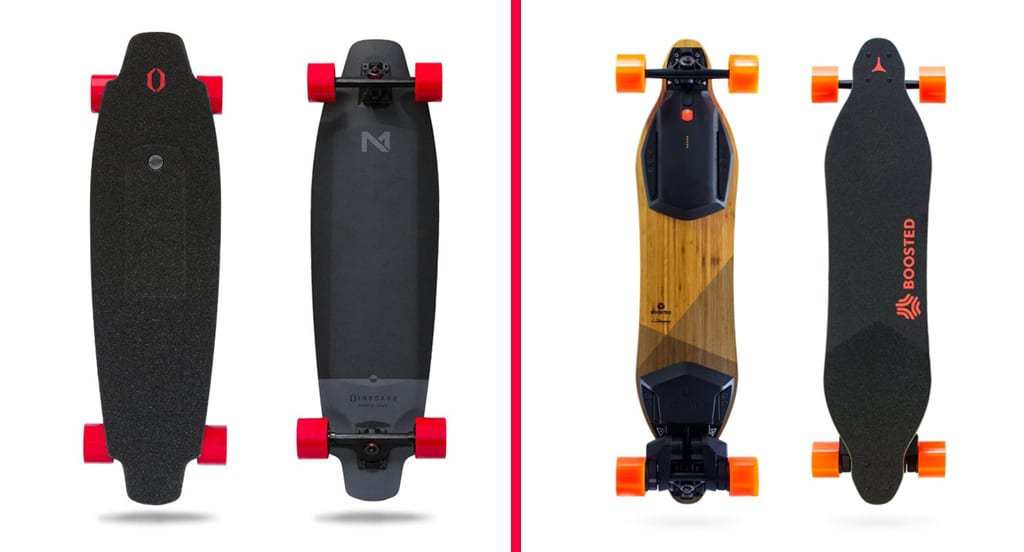 This is the second-generation Boosted board and that is the Inboard M1, and they’re two of the best electric skateboards for the money can buy.

The Inboard M1 and second-generation ‘Boosted plus’ both work with proprietary wireless remotes, that pair to the board over Bluetooth. The remotes both work similarly: you’ve got a Deadman switch that’s supposed to save you from accidental revs, meaning you can only make the board go when it’s held down. Both boards go forwards and backward at full speed.

The Boosted has a top speed of a true 22 miles an hour, while Inboard claims 22 for its board. I’ve never been able to hit more than 20.

They both weigh in at around 15 pounds and the Inboard has integrated headlights and taillights, that you can turn off if you want — something that boosts it completely lacks.

Both electric skateboards are expensive: the Boosted plus costs 1,399$ and the Inboard costs $1000 and although they’re priced very similarly, there are a few key differences between the two boards, that you should know about before you plunk down that rainy day fund or empty that piggy bank.

Key difference number one — the way the motors are designed. The Boosted boards belt drive system allows it to be way more torque and was more responsive than the amours, but you need to replace these and you need a three millimeter alley key to do so. The M1 board uses hub motors, everything is inside the wheels. There’s no belt and it looks way cleaner. The drawbacks are: you sacrifice torque and responsiveness.

Replacing the belts on a Boosted board isn’t too much of a hassle, but it’s something every rider will have to do at some point. Belt rip, wear and tear — it happens. You’ll never have to replace a belt on the Inboard though because it simply doesn’t have any. So because the InBoard has hub motors, it isn’t as immediate to respond to controller command as the Boosted board is. For example: you can’t rock back and forth on an Inboard the way you can on a Boosted board. The belts allow for immediate action, which means the Boosted board accelerates much faster and is just more responsive in general.

Key difference number two: the way the boards are constructed. The Boosted board components are all visible on the underside of the deck. You’ve got the battery, the motor controller and hietzing and the motors themselves. Check out the underside of the Inboard: there’s nothing exposed save for these wires, virtually everything is concealed within the board and wheels. And then there are the decks themselves: Boosted uses loaded longboards, which are bamboo and super flexible. You can literally bounce on them. This really helps with bumps and shock absorption.

And the third and final key difference between the two boards: the swappable batteries. Both boards have battery systems, that let the user replace the batteries, but the Inboard solution is untouchable. It literally takes 10 seconds to swap Inboard batteries. You just open the latch, pop out the old battery, put the new one in, close the latch and you’re done!

Boosted has these six screws in these plates and then this other connector. I don’t think Boosted’s batteries are meant to be swapped on-the-go, but yeah they’re replaceable, but again Inboard battery swapping mechanism is just so much better than Boosted’s.

Both boards have a range of about 4 to 5 miles when riding at full speed on the highest mode which is pretty good result for electric skateboards. I can’t help a desire longer range, but again: both batteries are swappable, both boards are splash resistant. But I recommend staying off the roads when it’s wet — these wheels lose traction immediately when they’re exposed to water. Slipping is a real thing, trust me on this.

Both boards have a companion app, that allows you to do things like change riding modes, check the battery and rename your board, but the inn boards app lets you control the board with your phone! It’s definitely a cool feature, but I stick to the actual remote for safety reasons. But if you’re in a pinch, the option is there.

If you are undecided on which board to get, here’s what I tell everyone, that’s considering buying electric skateboards: it’s not always possible, but try and ride before you buy! Again, they’re very expensive and I truly believe that your purchase decision should be made after you’ve spent at least a few minutes with one. And I know this is impossible for a lot of first-time buyers, but if you can spend a couple of minutes tinkering with one. If I had to pick a board I’d go with Boosted — the responsiveness and acceleration are just unmatched. There’s room for improvement though, like the lack of integrated headlights and taillights and the fact that there is an extended-range battery pack, but it’s not going to ship until the end of the year. Considering everything I’ve talked about, I’d say Boosted takes the cake! 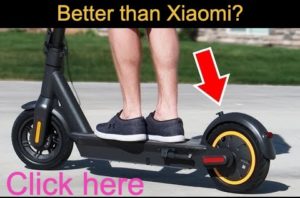